A Crime Since 1985, Medical Negligence Since…

Consider that there is something which you never hear about, which has been a crime in the UK since 1985 and which is estimated to affect over 100 million woman and which could give rise to a plethora of negligence claims over the next few years. 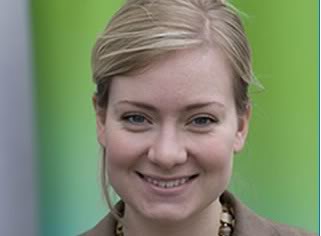 Female genital mutilation (FGM) is “an extreme form of child abuse” the recent House of Commons Home Affairs Committee (HAC) report records. WHO identifies three stages of mutilation and the diagnostic criteria depends on the degree of mutilation which is most commonly practiced in sub-Saharan and north Africa as well as Yemen, Iraq and Kurdistan; the practice is an inter-generational problem and future negligence claims will be based on a failure to adequately assess the risk of a child to FGM.

The Home Affairs Committee was so incensed by the failure of healthcare professionals to report and refer children at risk of FGM that unless there is a steep rise in referrals in the next year a professional who fails to report a concern may face a criminal charge.

Failure to Report FGM will be Seen as Negligent

Healthcare professionals are already well aware of the risk of facing criminal charges in the form of simple battery to manslaughter or more. That the HAC expects professionals to deal comprehensively with the estimated 13,000 children in the UK who are at risk when there have only been two successful prosecutions since the charge was enshrined in law some 29 years ago is completely unrealistic.

However, such a position which is further supported by guidelines from the Royal College of Obstetricians and Gynaecologists will serve to significantly raise the expected standard of practice of a responsible practitioner. Many doctors, though lack of awareness or even cultural reasons (which should play no part in considering how a patient is treated) will fall well below the new standards and quite probably a failure to record that FGM has been discussed with parents will be seen as negligent.

Dr. Charlesworth-Jones not only holds dual qualifications in both medicine and law but also continues to practice both.

He is up to date with the latest medical education and the most recent legal cases and understands what you need from an expert witness probably more so than any medical expert witness or legal expert. Dr. Charlesworth-Jones, whilst qualified in two professional disciplines, understands his role as an expert and never strays beyond that when he is instructed as an expert.